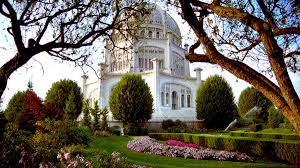 You may have heard of the Baháʼí Faith, or you may be a practicing Baháʼí yourself.

While the passing of a loved one can be difficult for most people and faiths, the Baháʼís have a positive view on the world that fosters healing and a unity of purpose.

What It Means To Be In The Bahá’í Faith

Founded relatively recently, the Baháʼí Faith teaches the unity of all faiths and the essential worth of all religions.

Since its creation in the 19th century by Bahá’u’lláh, this religious movement has been pursued by governments in Iran and other parts of the Middle East for decades.

There is no sect of Islam considered to be Baháʼí. It is a totally independent religion.

It is the Baháʼís belief that God is one, that religion is one, and that humanity is one.

A global society must unite the human race as a single race, according to the Baháʼí Faith.

It believes that for a world to unite, it must abandon and eliminate prejudices of all kinds, eliminate extremes of wealth and poverty, and encourage moral high standards in individuals.

The Baháʼís are urged to participate in society to the fullest and to maintain high ethical standards.

What Happens During a Baha’i Funeral?

Upon death, according to the Baháʼí Faith, the soul is released from the physical body and enters the spiritual realm. Burials and funerals protect the living from pain and ensure that the deceased’s soul is blessed.

The long-standing, family-owned funeral director is fully set up to provide everything needed for families and spiritual leaders according to the Baháʼí Faith.

The Bahá’í Faith In Australia

The Bahá’í House of Worship in Sydney (Ingleside), also known as the Bahá’í Temple, stands as a symbol of the oneness of humanity. It is a place of worship open to people of all beliefs.

It is a place to pray and meditate on the sacred texts of various religions around the world. If there is a need to speak, this should be done in an emergency only. Shoes may be worn inside.

The Central Coast Baha’i Community provides information on the Bahá’í faith. It holds study classes and information evenings on World Unity, Equality between men and women, Health & Healing, the Bahá’í Faith and others. Devotional gatherings are held regularly.

Bahá’í Scripture classes are held in some primary schools. Classes stress the development of moral values as taught in all world religions, such as patience, honesty, compassion and respect as well as broad social principles.

The Bahá’í Faith Around The World

How Do Baháʼís Deal with Death?

Bahá’ís identify mourning, the distress and pain of losing contact with loved ones and friends as a part of life – a stage that lasts only a temporal period of time. Bahá’ís follow their core beliefs through their death rituals, funerals, and the way they are mourned. The Bahá’í faith teaches that when a human dies, their soul leaves their body. The journey towards perfection then continues.

What Is The Religious Symbol Of The Bahá’í Faith?

The nine-pointed star symbolises the importance of the number nine for Bahá’ís. As the highest single digit number, nine represents completeness and fulfillment of expectations of previous religions. Bahá’í temples often depict the star.

In a court of law, would a Bahá’í take an oath on the Bible?

In addition to the Bible, Bahá’ís may swear allegiance to any sacred book. It is preferred for them to take their oath on a Bahá’í book, such as the Kitab-i-Aqbas, the major book of the Bahá’í community.

Are worship times important to Bahá’ís?

Bahá’ís must pray every day. Some of which call for certain movements to be performed, while others may be read at a designated time or times of the day.

Are autopsies permitted in the Bahá’í Faith?

Yes, if required for medical or legal reasons.

No matter how prepared you may be, losing a loved one can be an incredibly emotional, difficult time for you and your loved ones. We’re here to support you on that journey, ensuring a memorable and lasting tribute for your dearest.

For more details on how Coast Family Funerals will ensure your Bahá’í ceremony is conducted in a respectful way and in line with the teachings, please contact us today.